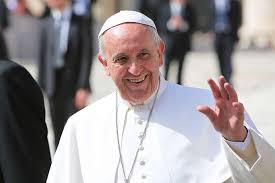 Speaking to formators of consecrated men and women in April, 2015, Pope Francis said that young people “need to experience that ‘it is more blessed to give than to receive’ (Acts 20:35), that there is great liberty in an obedient life, great fruitfulness in a virginal heart, great richness in possessing nothing.”  As our brothers move through different stages of formation, renewing vows and taking on more commitment with each step, we witness to these realities.  And we proclaim with our lives – joyfully lived in prayer, ministry, and fraternity – that God is faithful…and that consecrated life is beautiful! 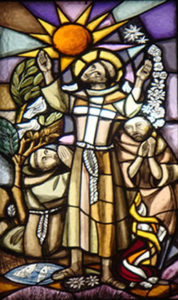 Consecrated life is indeed beautiful. It is one of the most precious treasures of the Church, rooted in the vocation of baptism. And therefore it is beautiful to be formators, because it is a privilege to participate in the work of the Father who forms the heart of the Son in those whom the Spirit has called.  The mission is important, but it is also important to form those for the mission, form the passion of proclamation, the passion for going wherever, in every periphery, to tell everyone about the love of Jesus Christ, especially to those far from the Church, to the little ones, and to the poor, and let ourselves be evangelized by them. All this requires a solid base, a Christian structure of one‘s personality that today families rarely know how to give.

The Church calls for ongoing formation of Religious from the time they aspire to join a religious institute to the time of perpetual vows and beyond, so that through their whole life they deepen their relationship with Jesus Christ, grow in virtue, and integrate this growth into their apostolic service to God‘s people.

For the Franciscan Brothers, the beginning and continuation of such a journey of formation was celebrated on September 8, 2018, the Feast of The Nativity of Mary, when young men in different stages of formation took bold steps to commit themselves to follow Christ more closely in the footsteps of St. Francis of Assisi. Officiated by our Minister General, Bro Tony Dolan, eleven were received as postulants, three as novices, one made his first vows and nine others renewed their commitment to live the evangelical counsels of poverty, religious obedience and consecrated celibacy. 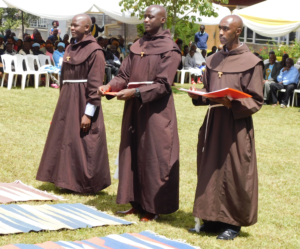 Three of our Brothers, Gerald Kariuki Kamau, Peter Mokaya Tabichi and Albanus Kioko Mutuku made their Perpetual Profession of Vows on 6th December, 2018 in the presence of their families and friends. Fr. Stephen Nyamweya represented Bishop Maurice Muhatia Makumba, Bishop of Nakuru, at this joyful and very colorful ceremony which took place on the grounds of Baraka Agriculture College.

On earning a bachelor‘s degree in Computer Science from Kenyatta University, Br. Gerald worked as a farmer, businessman, teacher and computer technologist before coming to the Franciscan Brothers in late 2008. As an aspirant in Lare, he says ―he was friendly to the goats, sheep, cattle, dogs, cats, chicken and plants (a requirement for anyone aspiring to be a Franciscan!). Shortly after his first profession he joined the community in Adraa, Uganda and taught Swahili and Science at Offaka Secondary School. He then returned to Kenya to pursue a degree in Education, specializing in Science and Mathematics at Marist International University in Nairobi.  Currently he is the dean of studies at St. Francis Secondary – Lare and teaches Biology, Chemistry and Computers.

Br. Albanus hails from Machakos, Kenya and is the fifth born of a family of seven boys and one girl.  He came to the Franciscan Brothers in 2010, having completed a diploma in Marketing at Machakos  Technical Institute. Following his first profession in 2013, he attended Baraka Agricultural College where he earned a certificate in Agriculture and Rural Development. He has lived and worked in our Communities in Uganda and Kenya as gardener and farmer.  At present he is pursuing a BSc in Business Administration/Human Resources at St. Paul University, Nakuru.

Br. Peter is the fifth born in a family of seven from from Kisii, Kenya. On completion of secondary in his native Kisii, he attended Egerton University, graduating in 2006 with a B.Ed in Science and Mathematics. It was while in Egerton that Peter first came in contact with the Franciscan Brothers; when he came to St. Francis Secondary School, Lare to do his teaching practice. After his first profession in September 2012 he was assigned to Adraa Community (Uganda) where he taught Brs. Gerald, Peter and Albanus. a Secondary School. On his return to Kenya the following year he took up a teaching role at St. Francis, Lare. In 2016 he joined the teaching staff of KERIKO Secondary School located close to our Community in Lare.

As a family of the Franciscan Brotherhood, we were encouraged by the boldness of their willingness to be molded into our way of life so that they may become instruments of evangelization and of service to the less privileged in our society, especially the rural poor. We  thank the families of these brothers for fostering in them a call to discern a path to serve the Lord as Franciscan Brothers. St. Francis, in the prayer for peace, reminds us that it is in giving that we receive…‘ You have given our Brotherhood your sons; the Lord promises you a hundred fold here on earth and eternal live in heaven.‘ (Mk. 10:30) We invite many young men to come and join our mission, so that we partner in bringing the good news of our Lord Jesus Christ to humanity.